Flight attendant, steward, cabin crew; they are responsible for your safety and comfort on an airplane and often spend 12hrs or more in direct contact with you. If you ask any frequent flyer, they would agree that flight attendant service is as important as an airline’s hard product (seat, entertainment screen, lavatories) and soft product (meals, toiletries, drinks).

Many of the World’s Top Airlines award winners – often referred to as “the Oscars of the aviation industry” – assert that well-trained flight attendants significantly contribute to passenger satisfaction ratings. Below are my findings after reaching out to this year’s top award winners of the World’s Best Cabin Staff.

Skytrax announced the winners of the World’s Best Cabin Staff award in June; a list comprised of 20 major airlines mostly from Asia and the Middle East. Here are this year’s top 10 award winners:

The Award for the world’s “Best Airline Cabin Staff” is one of the Premier categories in the World Airline Awards and a much coveted Quality distinction. The award recognizes the highest all-round performance of an airline’s cabin staff, and covers ‘hard’ service such as techniques, efficiency, attention etc, together with the ‘soft’ service characteristics such as staff enthusiasm, attitude, friendliness and overall hospitality. – WORLD AIRLINE AWARDS

Garuda Indonesia was named the top winner in this category for the fourth time in a row. Skytrax CEO Edward Plaisted said “to have secured this award for four consecutive years is remarkable and unprecedented and the staff and management of Garuda should be enormously proud of this achievement.”

Alaska Airlines was also recognized for having the “best airline staff in North America.” Alaska was noted for inspiring loyalty from customers and for providing “neighborly, friendly service from airline staff.” Its worthwhile noting they are the only airline in North America to receive such award this year.

While flight attendants do play a key role, a Singapore Airlines (SIA) spokesperson also added that their reputation is built on the hard work and perseverance of all staff across their organization: “SIA believes their shared enthusiasm and constant desire to enhance the travel experience of customers play a role in not only receiving awards, but also in creating long-term customer satisfaction.”

Flight attendant positions are highly regulated at both local and international levels. In the US, Congress incorporated a flight attendant certification requirement, which is managed by the FAA since 2004. Today there are almost 100,000 certified flight attendants in the US alone.

Emirates has over 23,000 cabin crew who come from 135 countries and speak 60 languages. On average, they receive over 120,000 applications for the role and hire the top 5% of applicants: “We look for people who genuinely like people, people who will go out of their way to create a great travel experience for our customers” says Catherine Baird, SVP of Cabin Crew Training at Emirates.

Most airlines look for similar traits when hiring flight attendants. A spokesperson from Alaska Airlines best summed these up as innovative, resourceful and kind-hearted. Asian carriers emphasize the importance of efficiency: “Cabin crew need to be friendly and courteous, to act with grace, and to respond thoroughly to customers’ needs, but we also believe that it is important to provide prompt, efficient service” said an ANA spokesperson.

“Our crew come from all walks of life and have incredibly rich backgrounds. Many of them speak multiple languages. We look for people who genuinely like people. People who will go out of their way to create a great travel experience for our customers. They are the face of our airline.” – Catherine Baird, SVP of Cabin Crew Training

EVA air, the second largest airline in Taiwan, includes cleanliness as part of their definition of service excellence: “From take-off to landing, flight attendants keep shared spaces neat and tidy and lavatories restocked.” In addition to making 3rd place for World’s Best Cabin Staff, they were also awarded the World’s Cleanest Airline for the 2nd time in 3-years.

The Morning Email
Wake up to the day’s most important news.
Eva Air

Flight attendant programs typically combine classroom instruction, simulators, and on-the-job training before they are certified to work their first flight.

All Nippon Airways (ANA), the largest airline in Japan, believes that cabin crew training is the foundation of customer service. A spokesperson shared “we believe that we have been continually able to receive this award as a result of demonstrating Japanese-style hospitality through fine-tuned consideration for customers’ needs and prompt efficient service.”

With longer training programs, airlines are able to invest in building skills that allow their flight attendants to provide distinctive service beyond what otherwise could be considered as certification or safety basics, such as courses in personal grooming, image and uniform, food and wine, duty-free sales, and language training.

Most airlines offer promotion paths and continuing education for their Flight Attendants, such as moving up to premium class service and becoming chief flight attendant. Emirates hosts a ‘meet and greet’ event with frequent flyers where Flight Attendants being promoted get insights from customers directly.

Airlines are increasingly investing in digital channels to keep Flight Attendants up to date by equipping them with mobile devices and experimenting with gamification – the application of typical elements of game playing – and virtual learning techniques.

Finally, airlines also rely on benchmarking exchanges with competitors, internal inspections, external evaluations, and analysis of customer feedback, to continually explore how they can provide and implement the services their customers require.

Check out the video below for further insights onto flight attendant training at Garuda Indonesia. 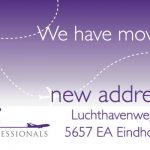